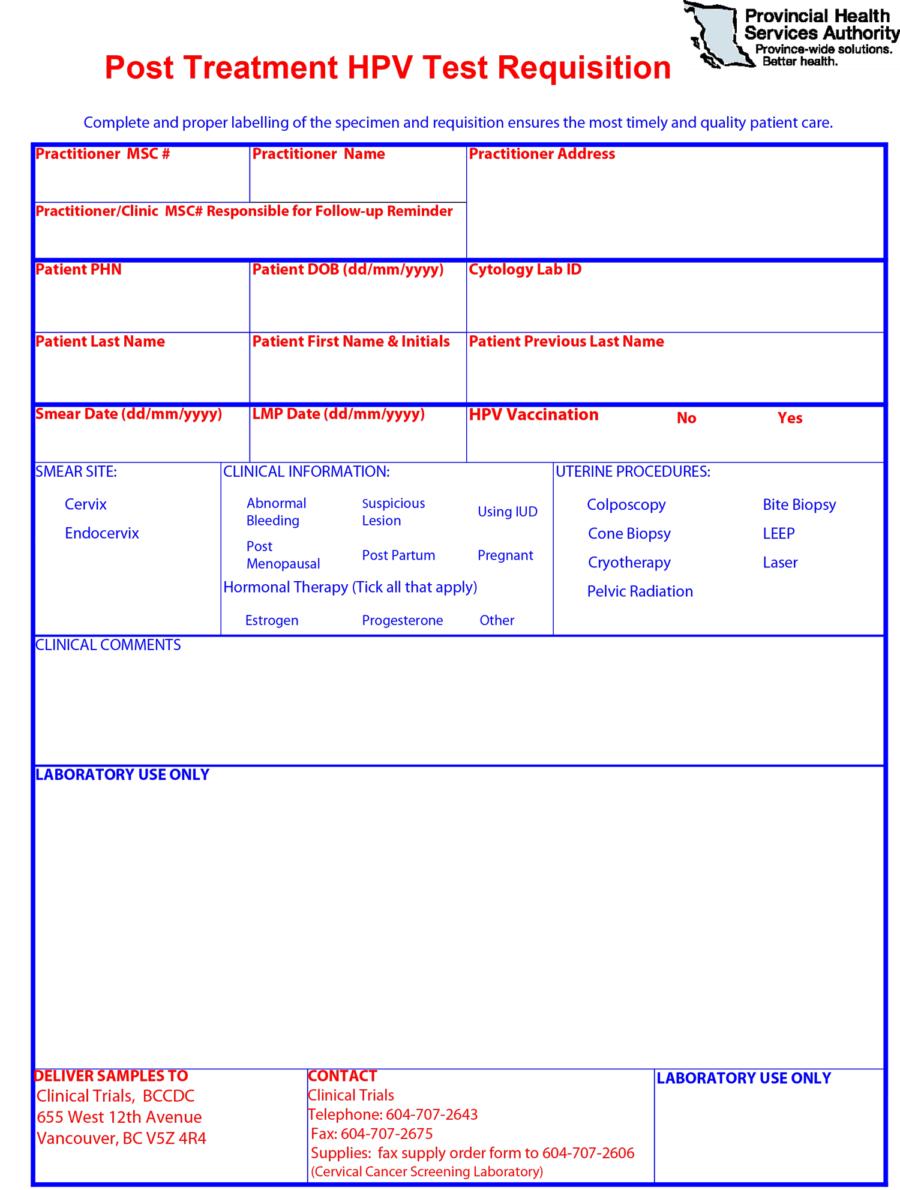 Updated 2018-Jun-07 09:50 - with code to make LMP blank rather than undefined/undefined/undefined if there is no pre-existing LMP --- Updated 2018-Jun-06 07:51 to retain font size changes in Clinic label. This eForm is for use by Colposcopists for HPV testing after treatment to determine the treatment pathway. It has code to parse dates that may be of interest to other eForm makers that wish to push and pull dates in different formats. ---- For example, when a form such as the pap smear form wants the LMP in dd/mm/yyyy format, but OSCAR stores it as yyyy-mm-dd trying to push the date back crashes OSCAR. Not only are the numbers in the wrong order, you have to swap out the "/" for "-". I have broken this down in to a multi step process using hidden variables. When the eForm loads - the first script executes and takes the lmp from a hidden input, parses the numbers and re-arranges them with "/". This is entered in the visible LMP input. If you alter the LMP because it has changed since the last time you saw the patient, once you leave the LMP box, I use "onblur" to activate the second script to parse the numbers, re-arrange them, and swap out the "/" for"-". Then the new LMP re formatted in the OSCAR friendly version can be put in to another hidden input that pushes it back to the tables. There is also code in the functions to convert to month by 3 letters rather than by 2 numbers. JohnR